Update: After further review we no longer recommend Swagtron X1. The alternative we now recommend is a UL 2272 certified ScooterEra ONE! This machine is far superior in range, value and ride! BONUS – Save $20 using the coupon “best2wheel” – Buy Here!

is about to become Swagtron. The company is rebranding their site new for 2016, and although the Swagway X1 is still available (and at a reduced price) you can now order the new and improved Swagtron T1. This is set to be just as popular as the Swagway was in 2015 but raises the bar even higher with lighter weight, more durable body casing, longer lasting battery power. Most importantly, the new SwagTron is UL 2272 certified so is a safer choice.

Update: Earlier Swagway’s have been recalled (those bought between September 2015 and March 2016) due to potential fire safety risk – those manufactured after this date contain UL certified battery packs.

The self balancing scooter (or hoverboard as they’re also known) hit an amazing high in 2015 as everyone wanted in on the trend. The scooters were literally flying off the virtual shelves, especially in the lead up to Christmas. Unfortunately, due to such high demand the market became flooded with fake and inferior products, many of which didn’t meet safety certification guidelines. Some were downright dangerous and there were a few reports of fires and even exploding batteries. This certainly wasn’t good for the product’s reputation. Large marketplaces such as Amazon and many other retailers ended up banning the sale of the hoverboards from their sites and all of a sudden, it became difficult to even find them.

We wondered then if they were dead and gone forever – had the whole ‘hoverboard’ thing been just a fad? The truth is that no, they’re not gone – the good ones survived and they are still making their mark today. The virtual demise of the self balancing scooter in late 2015 paved the way in 2016 for legitimate companies to manufacture 2 wheel scooters that ARE safe and made with only the highest quality materials. They continue to be popular and one of the most fun rideable gadgets available!

That brings us to the topic of this article, the Swagway. This brand was probably one of the most popular last year due to being an affordable product from a US based company. They’re set to become even bigger this year, with the introduction of a new product, the Swagtron T1, in the near future (more details about that product to come). In the meantime the Swagway X1 is still popular as a brand and as a product. It’s been widely featured in the media on news programs, chat shows, and on many top tech review websites. But is it really as good as people say? And is it actually safe? Touted as the “next step in the evolution of transportation” let’s take a closer look at what this product is about:

Weight limit:222lbs (100kg) (for safety you really need to stick to this limit)

Range: Approx 20 miles (this depends on the terrain, the weight of the rider, driving style etc.)

Bright LED Lights (a battery indicator and an operation indicator)

What’s in the box?

Is the Swagway safe?

This is probably the no.1 question most people will have following the hoverboard ‘fire and explosion’ incidents of 2015 and early 2016.

Unfortunately, Swagway was also affected and any Swagway X1’s that were purchased between September 2015 and March 2016 are being recalled (you can get a free fix or a credit towards their new fully certified Swagtron T1 or T3 models.)

This model is now safe – Swagway X1 sold on the official website since February 1st 2016 come with a UL certified charger, which should assuage any fears you might have about sparks or causing a fire. It also contains a SentryShield UL Listed 2271 Battery. Securing a UL listing for important hoverboard parts is a big step for self balancing scooters as it means they meet standard safety requirements. UL certified battery packs have built in shut down features that protect against fire and explosions, have successful short circuit testing and multiple layers of protection.

Would I buy it for my own kid?

I would but for the money I’d prefer their newer UL 2272 certified model which is obviously safer. IF I bought a Swagway I’d make sure it was used according to the user manual and depending on my kids age I’d probably look after things like maintenance and charging myself. Obviously there is still some trepidation about hoverboards in general after the issues that arose with some of the cheaper knockoffs which is understandable and there’s no guarantee that ANY scooter is 100% safe.

The Swagway also has a dedicated ‘learning mode’ which makes it a relatively safe model to learn on for people of all ages.

Remember, no scooter is 100% safe when riding it – every rideable  comes with a certain amount of risk, and people do have accidents if they don’t use them properly. Muscle injuries, lacerations and broken bones are just some of the things that can (and do) happen. The user manual contains a number of safety warnings and recommendations on how to use the product safely. Adhere to them and you shouldn’t have any problems.

This is probably one of the most affordable hoverboards on the market. At just under $400, you get a scooter that’s every bit as good as the more high end priced products such as the IO Hawk and Phunkeeduck which cost between $1200 and $1500 (a ridiculously high price in my opinion – you’re only paying for the name). Anything less than $400 and you’re not going to get the same safety features and possibly inferior quality, plus you’re looking at having to buy direct from China.

Due to Swagway’s popularity I’m pretty sure they could get away with charging more and still sell as much, but they want to keep their scooter affordable for the majority and that’s commendable.

Who is it suitable for?

Swagway don’t give any age recommendation as such (well I haven’t seen one). The general recommendation I’ve seen for these scooters is that they’re for over 14’s, but I think if your kid is reasonably tall they could probably use one from around the age of 10. Obviously you have to decide for yourself whether or  not you think they’ll be able to handle it and these things are quite heavy.

There’s probably no upper age as long as you’re relatively strong and fit. I’ve heard of many older people using them as personal transportation devices to help them get around longer distances. Other than that, people of all ages should be able to enjoy using these scooters.

There used to be a ton of great reviews on Amazon when the product was available there but unfortunately they no longer sell the product and listing has been deleted.

If you want to see a real Swagway X1 review there are plenty of reviews and comments on the official website. At the time of writing there are just under 500 reviews, and the average rating seems to be 5 star! In general people seem to be raving about how much fun it is, although after having a read through the reviews they’re mostly just positive comments rather than actual detailed reviews.

A few mentioned they were happy with the fast shipping, other customers mentioned the excellent customer support. Most people say they mastered them really quickly (usually takes about 20-30 mins of riding to get REALLY comfortable with them) and a lot of reviewers say they either gave or got one as a very well received gift (they’re very popular for birthdays, Christmas, graduation gifts etc.)

Swagway X1 In The Media

The Swagway is endorsed by many of the top tech websites such as PCmag, TheWireCutter and Techtimes among others. Its reputation far exceeds most other brands on the market.

The following are just a few videos where the product is featured. The first is Ellen DeGeneres giving one to Justin Bieber as a gift on The Ellen Show. At a later stage she also gifted one each to Sophia Grace and Rose (along with helmets of course!)

It has also been featured on Live with Kelly & Michael:

And here’s a video of Swagway dancing by Team Prodigy at CES 2016 in Las Vegas:

I’ve spent a lot of time researching the best hoverboard scooters over the last few months and I can safely say that this is one of the best I’ve seen. I started out with a slightly more expensive Monorover R2 myself, but the Swagway X1 just pips it to the post with slightly less foot pedal sensitivity it’s easier to control (it even comes with a ‘learning mode’). It’s also cheaper than what I paid for the Monorover, although I believe they’ve dropped their price since I purchased.

The safety of a self balancing scooter is probably one of the most important features as they contain lithium batteries which can spark or overheat (causing bigger problems) if they’re not properly safety certified. This is where the Swagway wins over many other brands because it’s one of the few companies that has made safety, high quality materials, and testing their priority. They are meticulous in their design and workmanship, meaning that you get a top quality, relatively safe product and for a very reasonable price.  Their customer service is very responsive too should you have any questions or want to discuss safety with them in more depth.

Now I’m not saying that these so called ‘hoverboards’ are 100% perfect just yet – they’re still new to the market and I’m sure there will be a lot of improvements made to them over the coming months. You may want to wait longer before purchasing to see what happens with the newer boards and updated safety features. However, if you don’t want to wait, the Swagway looks to me to be one of the safest, most affordable, and fun options available right now.

Where to buy the Swagway

The only place you can buy Swagway X1 is on the official website:

The price is currently reduced from $399 to $349 which is a really good price for a quality brand self balancing scooter.

The official website also stocks extras such as spare chargers, a 1 year accidental damage warranty, decals, and other parts you might need for your scooter.

I hope you enjoyed our Swagway X1 review – if you have any questions please post in the comments section below.

Update: After further review we no longer recommend Swagtron X1. The alternative we now recommend is a UL 2272 certified ScooterEra ONE! This machine is far superior in range, value and ride! BONUS – Save $20 using the coupon “best2wheel” – Buy Here!

This is our top rated self balancing scooter for 2016. With UL certified charger and battery this is one of the safest models on the market and at $400, it's one of the most affordable too. 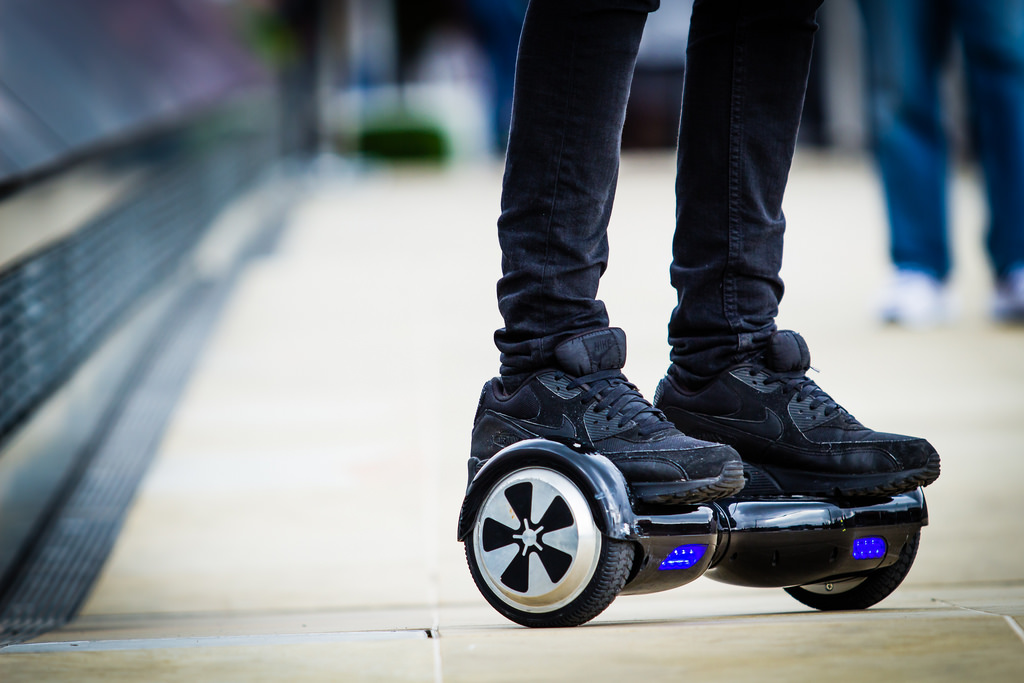 Welcome to my blog. My name is James and I'm just an ordinary guy who loves rideables and writing. I created this blog to help you find the perfect hoverboard for you and/or your kids. I ONLY recommend those that are safe and properly certified. You can read more about me here. 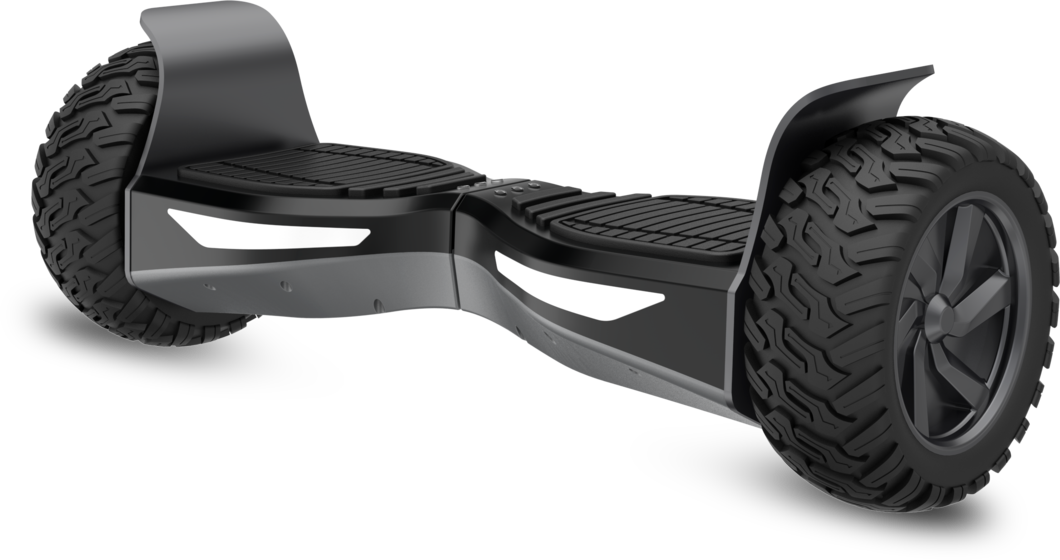 COUPON CODE: best2wheel
Use Our Special Discount Code To Get $20 OFF